I (Tamra) would like to pay a special tribute to The Tuskegee Airmen of World War II’s 332 Fighter Squadron. Without them the losses of fighter pilots during World War II would have been significantly higher. The dignity and grace of these black fighter pilots was always present even when discriminated against before, during and after the war. (See an example of fighting two wars at the same time, with unjust rewards.) All that was wanted was a better way of life for themselves and their family. Fighting for their country was believed to be one way to receive that type of respect just to live out their lives with dignity, the same dignity afforded to other immigrants openly welcomed into the United States, who also participated in discrimination towards the Tuskegee Airmen. “Not Welcome” signs were ever present within The Tuskegee Airmen’s own country.

Though highly trained military officers, they were treated as “trainees” and denied access to the base officers’ club, which contradicted Army regulations. Lt. Gen. Benjamin O. Davis Jr., a West Point graduate who was “silenced” (a practice that included other cadets only speaking to him for official reasons, eating alone and no roommate, all designed to encourage the “silenced” cadet to drop out) during his entire time at West Point, as a Lt. Colonel, led the Tuskegee Airmen throughout their fighting during World War II. Yet, despite all their denials and harsh racial discrimination, between May 1943 to June 1945, 450 Tuskegee Airmen received over 850 medals including 150 Distinguished Flying Crosses, 744 Air Medals, 8 Purple Hearts and 14 Bronze Stars. Only a small number of bombers were lost to enemy action while being escorted by the Tuskegee Airmen. Only 66 were killed in action. The complete stats of the Tuskegee Airmen. US Air Force Don Prioleau and a few of the Tuskegee Airmen at an event in Phoenix. And yes, I’m very JEALOUS of this pic!! 🙂 Thanks To Don for the recent pic taken in May 2007.

If you are near any of the remaining survivors and their family, acknowledge and honor them now. Those still alive and those who departed are examples of what a good man is, not to mention respectful citizens and honorable human beings. They lived their lives with dignity in spite of often degrading circumstances.

All this time, so close to a Tuskegee Airman myself. The uncle of my childhood friend who is like family, a sister: Congressional Medal of Honor recipient, Tuskegee Airman and Vietnam Veteran Col. Ernest Craigwell Jr. 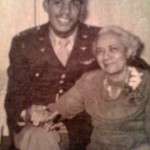 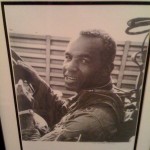 After serving in WWII, Col. Craigwell went on to serve in the Vietnam War. This photo was taken after his 400th Vietnam mission. 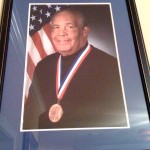 It is with regret to inform that Col. Craigwell passed away on 9 April 2011 after an illness. He will be and is surely missed and will never be forgotten.